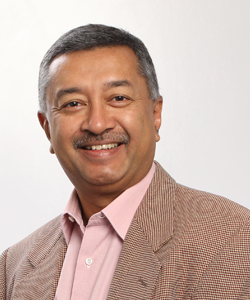 
He is a qualified petroleum engineer. He pursued his tertiary education at the University of Tulsa, Oklahoma in the USA, where he graduated with a Bachelor of Science in Petroleum Engineering.


Mokhzani has a BSc in Petroleum Engineering from the University of Tulsa, Oklahoma, USA. He began his working career in 1987 as a Wellsite Operations Engineer with Sarawak Shell Berhad and resigned in 1989 to pursue business opportunities in Kuala Lumpur.

Through 1990-2000, he was involved in the takeover and restructuring of Tongkah Holdings Berhad and Pantai Holdings Berhad (both listed on the Kuala Lumpur Stock Exchange) and their associated companies. These entities were involved in manufacturing in the electronics sector, stockbroking, healthcare and property development. These companies were sold after the 1998 Asian Financial Crisis as part of his persona divestment and restructuring exercise.

He was also Executive Chairman of Opcom Berhad, Malaysia's leading fibre optic cables manufacturing company, from 2008 until 2019. With the Sime Darby Automotive Group, he holds the franchise for Porsche Automobiles in Malaysia.

Mokhzani's non-business activities includes management and promotion of motorsports activities. Having held the position of Director and Chairman of Sepang International Circuit Sdn. Bhd. until 2016, he is very much involved in Malaysia's motorsports scene, be it from grassroot activities right up to Formula One and MotoGP. He is currently President of Motorsports Association of Malaysia, the FIA and FIM sanctioned regulatory body for all motorsports activities in Malaysia. He is still a keen sports car driver and enjoys competitive circuit driving.

Besides motorsports, Mokhzani is a regular cyclist and promotes healthy lifestyle activities via involvement in cycling club events. 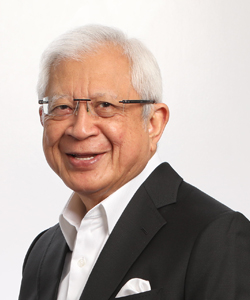 
Raja Arshad is currently the Chairman of Binariang GSM Sdn. Bhd., Ekuiti Nasional Berhad, Icon Offshore Berhad, Yayasan Amir and Yayasan Raja Muda Selangor and a Director of Yayasan DayaDiri. He is also the Chancellor of University Selangor and a member of Council of Royal Court, Selangor.

He was formerly a Director of Khazanah Nasional Berhad. He was also formerly Executive Chairman of PricewaterhouseCoopers (PwC) Malaysia, Chairman of the Leadership Team of PwC Asia 7, Chairman of the Malaysian Accounting Standards Board and Danamodal Nasional Berhad. His previous international appointments include being a member of the PwC Global Leadership Team, the PwC Global IFRS Board and the Standards Advisory Council of the International Accounting Standards Board.

His previous public appointments include being a member of the Securities Commission, the Malaysian Communications and Multimedia Commission, the Investment Panel of the Employees Provident Fund and the Board of Trustees of the National Art Gallery. 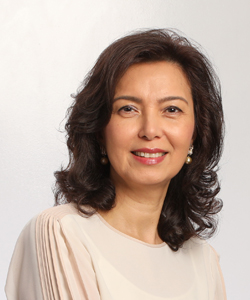 
Dato' Hamidah Naziadin has more than 31 years of extensive strategic human resources (HR) and leadership experience in the financial services sectors across Malaysia and ASEAN.

Dato' Hamidah was formerly the Group Chief People Officer of the CIMB Group a position she held up to October 2020.

During her tenure with CIMB Group, she led people strategies to attract, develop and retain talent, cultivated an agile workforce to prepare for the future of work, and enhanced the end-to-end employee experience via technology innovation. Her key achievements included strategising the resource integration in successful mergers and acquisitions over the years, within Malaysia and across ASEAN and APAC regions, and implementing strategic HR programmes that had earned peer and industry recognition through numerous awards.

She was also the CEO of CIMB Foundation from May 2016 to October 2020 and member of the Board of Commissioner, PT Bank CIMB Niaga, Indonesia from 2010 to September 2014.

Dato' Hamidah is currently an Independent Non-Executive Director of Maxis Berhad, Nestle (Malaysia) Berhad, Sime Darby Property Berhad and Mr D.I.Y Group (M) Berhad. She also sits on the Board of Majlis Sukan Negara Malaysia and is a member of Razak School of Government's Leadership Development Committee. Dato' Hamidah is active in mentoring and coaching young talent and women at various formal and informal settings. 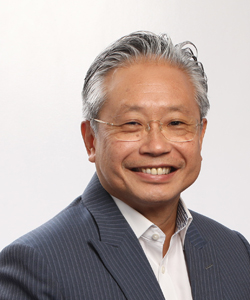 
He holds undergraduate degrees from Queen's University, Canada and an MBA from INSEAD France. He is certified with the Canadian Securities Institute and has attended executive programmes at IMD, INSEAD, Stanford, USC and UCSF.


He is currently the Group Managing Director of Southgate Ventures, a private equity owned education platform company with international schools in Indonesia, Myanmar, Korea and India.

His 31 years of corporate experience covers private equity at The Abraaj Group; financial advisory and private equity at H2O Capital; commercial banking at TD Bank; investment banking at Lancaster Financial; business development and marketing at P&G in Switzerland, Vietnam, Southeast Asia and Australia; and top management and regional board experience at L'Oreal where he was President of its companies in Malaysia and Taiwan. He served on the boards of the European Chamber of Commerce in Taipei from 2006- 2009 and Taipei American School from 2011-2014.

In 2004, he was conferred the title of Chevalier de l'Ordre Nationale du Merite by French President, Jacques Chirac, in recognition of his business achievements. 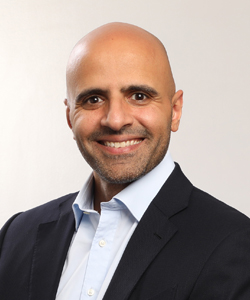 
He is a private investor based in Riyadh, focused on investing in and actively supporting the development of SMEs and growth companies in Saudi Arabia and the United States. His portfolio of companies span a range of industries including technology, retail, education and wholesale distribution. Alongside his investment activities, Mazen serves as an independent member on the boards of prominent government organisations, public corporations, private companies and social enterprises.

Previously, Mazen was an Executive Vice President of Amwal AlKhaleej, a Middle Eastern private equity firm, and earlier in his career, was a consultant with McKinsey & Company, based in its Washington, D.C. office, where he advised several Fortune 500 companies on operations, strategy and organisation, often in the context of major transformations and turnarounds. 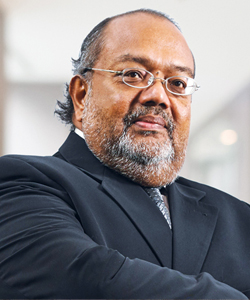 Previously, he was a senior partner of PricewaterhouseCoopers South East Asia Peninsula ("PwC") and he was with PwC for 35 years. He has led and worked on some of the most challenging and complex assignments, both in Malaysia and globally, working with multinational and blue-chip national clients in audit, business advisory, mergers and acquisitions, valuations, privatisations, initial public offerings and cross-border transactions. 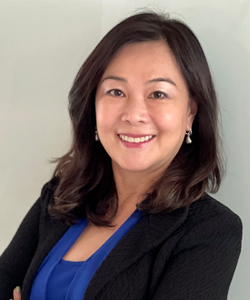 
She is a Certified Public Accountant in Singapore and UK and holds a Masters of Science in Finance from Purdue University, USA. She is a Member of INSEAD alumni and attended the Advanced Management Programme at INSEAD, Fontainebleau, France. 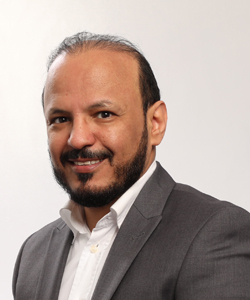 He has attended multiple executive and professional courses at leading business schools of the world including Harvard, Euromoney, Columbia Business School, INSEAD, Wharton and Kellogg School of Management.


He is currently the Head of Mergers & Acquisitions (M&A) at Saudi Telecom Company (STC) responsible for leading overall M&A activities with a focus on international expansion and strengthening STC local position in the digital age through in-market consolidation. He has always been involved in STC key strategic decision-making on M&A opportunities.

He has always been an integral part of STC investment related activities. Prior to joining STC in 2003, he worked in senior positions at Al Salam Aircraft Company and Advance Electronics Company. 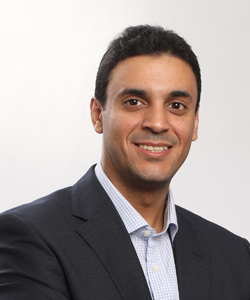 
Abdulaziz received his Master's degree (M.Sc.) in Human Resources Management from the University of Westminster, London, United Kingdom in 2012. This degree was preceded by a B.Sc. degree in Computer Information Systems from King Saud University, Saudi Arabia, in 2006.


Abdulaziz is the General Manager of Investment Operations in Saudi Telecom Company (STC) Group since 2018. He is an executive with 15 years of progressive experience in the telecom industry. Throughout his career in STC Group, one of the largest telecom company in Middle East, Abdulaziz has shown consistent success in maximising corporate performance, driving growth, ensuring adherence to good governance practices, and enhancing value especially for the portfolio of companies and VC Funds in both local and international markets where STC group is a significant player.

Abdulaziz has rich experience in Strategic Business interventions and transformation programs in addition to building high-impact PMO teams for start-ups and green field projects. He is a board member in a number of companies including STC Kuwait and STC Bahrain. Further, he has attended a number of courses with global executive education institutes such as Harvard and INSEAD. 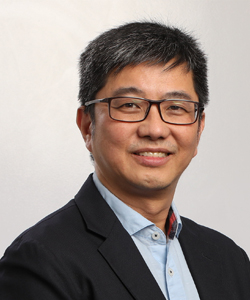 Non-Executive Director
Nationality: Malaysian Age: 54
Date of Appointment as Director of Maxis: 08 May 2014


He holds a Bachelor of Business Administration degree, majoring in Finance, from the University of Hawaii at Manoa, USA.


He has more than 30 years of experience in finance, treasury and credit management. Prior to joining the Usaha Tegas Sdn. Bhd. (UTSB) Group in 1995, he was attached to General Electric Capital Corporation in the USA and Ban Hin Lee Bank in Malaysia.

He is a Director and Chief Operating Officer of UTSB and serves on the boards of several other companies in which UTSB Group has interests, such as Astro Malaysia Holdings Berhad (listed on Bursa Malaysia Securities Berhad). He is also a Director of Paxys Inc. (listed on the Philippines Stock Exchange).